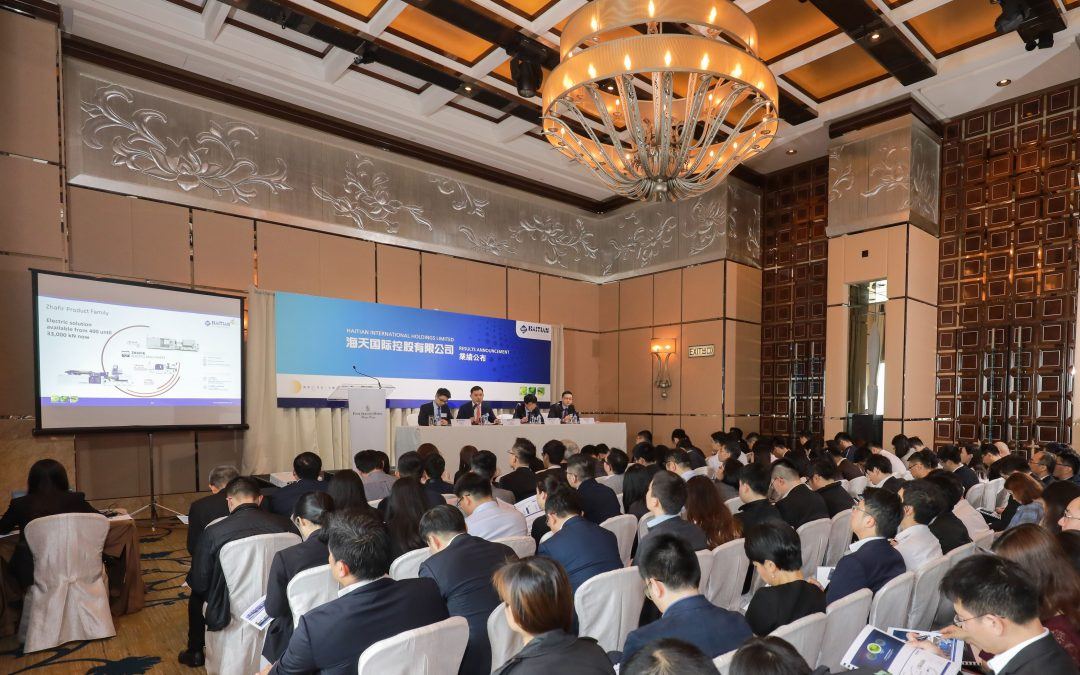 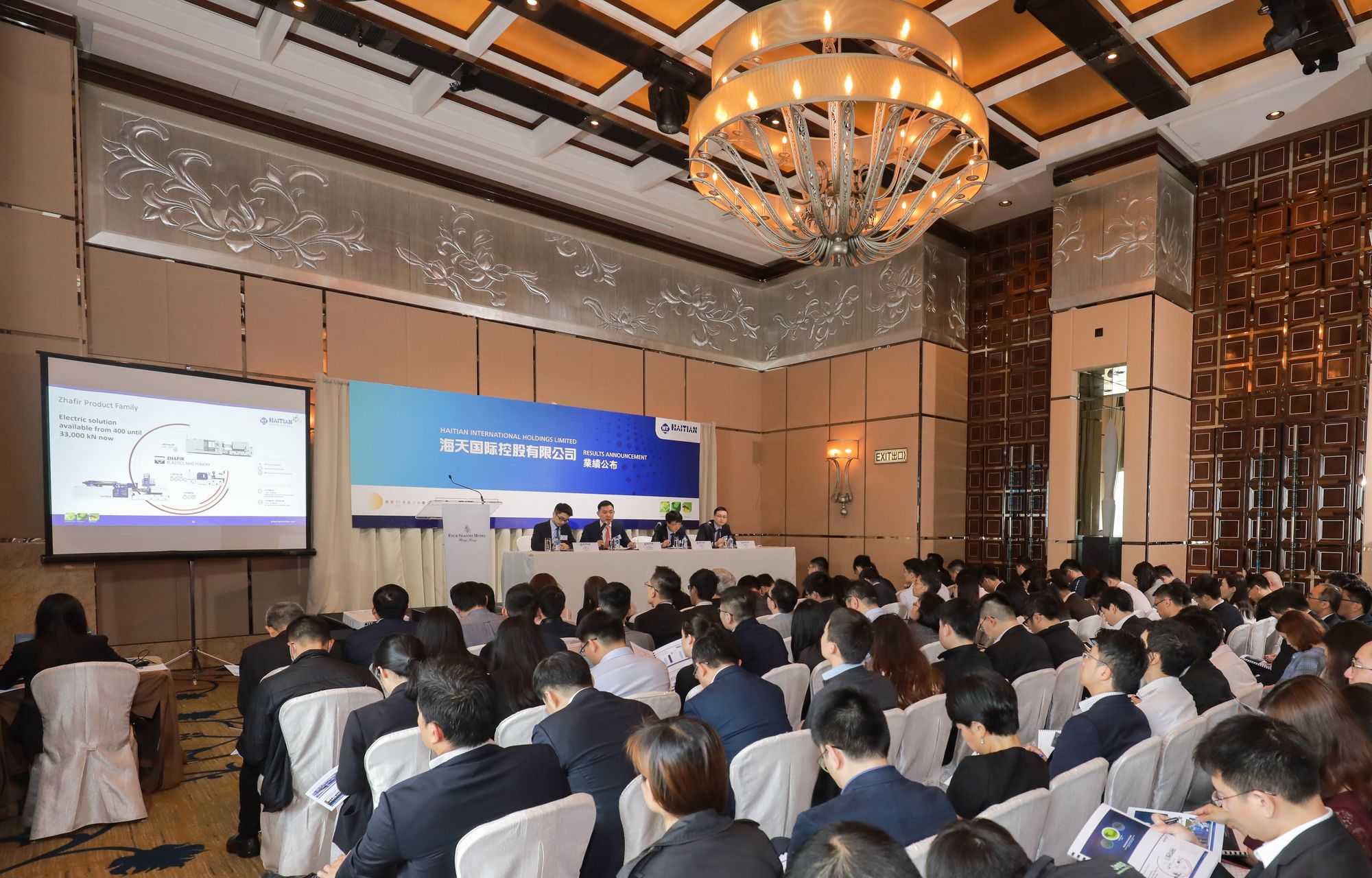 March 18, 2019 – Hong Kong. Haitian International Holdings Ltd (“the Company”), one of the world’s largest manufacturers of plastic injection molding machines, announces its annual results as at 31.12.2018.

In the fiscal year of 2018, the Company’s sales reached 10,851.3 million RMB, representing a sales increase of 6.5 % compared to 2017. Despite the complicated economic and political environment at domestic and international levels, Haitian International achieved an excellent sales performance thanks to its outstanding technologies and flexible strategies.

Growth in domestic and export business

Contrary to the background of declining capital investment in China, domestic sales increased by 4.6 % to RMB 7,311.2 million. This enabled the Company to further develop its leading position in the domestic market.

The overseas markets were affected by growing trade barriers, whereby sales on the US market declined. However, our earlier increased investments in global expansion enabled us to significantly increase our sales in other regions. Coupled with the economic recovery in emerging markets, our export sales rose by 9.4 % to RMB 3,231.9 million.

Electric Machines and Two-Platen Technology on the Upswing

As domestic macroeconomic growth has slowed and the sale of the Mars series – Haitian’s top seller – is very sensitive to variable economic conditions, sales of the Mars series fell to RMB 6,872.8 million in 2018, a slight decline of 2.8%. Still, more than 28,0000 Mars machines were sold in 2018, taking it to a total number of more than 230,000 Mars machines sold worldwide since its introduction.

Looking to the future, Zhang Bin, Executive Director of Haitian International, said: “In view of the global slowdown in economic dynamism and in times of uncertain trade conflicts and increasing protectionism, we remain cautious about China’s and the world’s economic outlook for 2019. In order to be less vulnerable to future crises for the global competitive environment in such complicated economic situations, we have implemented internal reforms and declared 2019 the year of innovative management.”

The Company is on track to introduce an innovative management concept for Integrated Product Development (IPD). The goal is to better align sales, technology and application services with the needs of the market and improve responsiveness to new trends. Zhang continued: “As our international business continues to grow, Haitian International will continue to expand its investments. We are developing manufacturing centers, assembly centers, application centers, distribution centers, and service centers overseas to drive our global business.”

In addition, the company relies on its own R&D innovations and the third generation of its plastic injection molding machines, with improved technology and a stronger price/performance ratios. Fast-cycling machines, which focus on various applications in the mid to high-end market, were launched in early 2019.

According to Zhang, “Haitian is gradually strengthening its leading position in the industry. Although we have set a milestone in the industry with the Mars series, the world’s best-selling injection molding machine, we will continue to develop new products and be a leading manufacturer in every aspect. In the coming year Haitian will be exposed to more global risks and uncertainties, but there will also be new opportunities and we are confident that we will face the challenges. Through quality and service, we will continue to create customer benefits and added value in order to move forward and grow together with our customers, investors, employees and partners.”